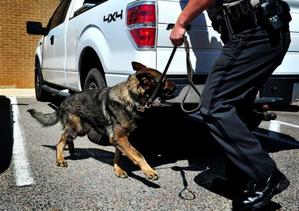 Can Law Enforcement stop me because I have out of state plates and fit a "profile?"

What is required for a proper stop by law enforcement?

Can law enforcement keep me at the scene of a stop while they wait for a drug dog?
See Rodriguez v. United States http://www.supremecourt.gov/opinions/14pdf/13-9972_p8k0.pdf

What are my rights after I have been stopped by law enforcement and what should I do and not do?

What are the benefits of a lawyer handling my case when i live out of state and
do I need to come back for court?

﻿What are the potential consequences of a drug charge here in Idaho?﻿

BOISE - The recreational marijuana industry is bringing in millions of tax revenue for our neighboring states. However, the boom is bringing a new set of challenges for Idaho law enforcement.

Idaho State Police say the best way to enforce Idaho's marijuana laws is to educate not only our citizens, but visitors to the Gem State, too. This after Idaho has seen the amount of marijuana seized over the last four years increase by more than one-thousand percent.
"We see it all the time and there's no question that we are having to change the way that we train, the way that we do our job," said ISP Capt. Bill Gardiner.
Over the last four years, the Idaho State Police has seen the amount of marijuana seized go from 131 pounds in 2011 to nearly 1,650 pounds in 2015. Numbers that only take into account busts of a pound or more.
"Every day that we go out looking for drugs, we typically find them," Gardiner said.
It's something that's caused the Idaho State Police to change how they train their incoming officers.
"Teaching and training our officers on what to look for, what a driving pattern is for somebody who's been using marijuana compared to somebody who's been using alcohol," Gardiner said.
Alcohol and drugs, something Gardiner says are the main focus of the Idaho State Police. In the meantime, the Washington Liquor and Cannabis Board (WLCB) says all the pot grown in the Evergreen State is tracked.
"While marijuana is legal in Washington, the black market still exists and could also be accounting for seizures along the border," WLCB spokesperson Mikhail Carpenter said.
Whoever is growing the pot, the Gem State is seeing more of it, which is why ISP is working to educate those in our surrounding states.
"Some folks are under the impression that because it's legal there, and because they're a citizen of that state, those rights transfer into another state," Gardiner said. "So sometimes they come over to Idaho not knowing that what they're doing is illegal."

Did you know that a drug conviction can affect your eligibility for federal financial aid? the following is from Boise State.
The below information is provided to all students upon enrollment to ensure that students are aware that drug-related convictions may result in the loss of financial aid.

If you're convicted of any offense under any federal or state law involving the possession or sale of a controlled substance while receiving federal financial aid you will be ineligible to receive financial aid for the following period of time:

It's possible to regain eligibility for federal financial aid before the end of your suspension period if:
You satisfactorily complete an approved drug rehabilitation program that includes two unannounced drug tests.
Your conviction is reversed, set aside, or otherwise rendered void. More useful information on our BLOG